The Innkeeper Chronicles by Ilona Andrews 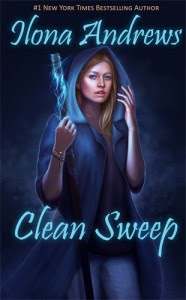 Over the course of March and April, I listened to the first three books in the Innkeeper Chronicles series.  Ilona Andrews has been recommended to me over and over and I'd read two books from her Kate Daniels series and two from the Hidden Legacy trilogy and enjoyed them all, so since I had these in my Audible collection, I decided to give them a shot as part of my 2018 Books I Already Own Challenge. 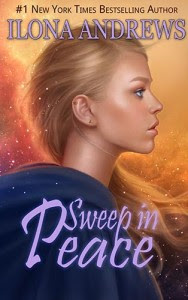 This series is now among my favorites, as well, and I will definitely be devouring whatever else Ilona Andrews does in this universe.  Dina DeMille is a fabulous main character and her growth, plus the world building, over the three books is great.  I was wholly invested in the romance, the danger, and the emotions of the characters as they attempted to thwart one disaster after another. 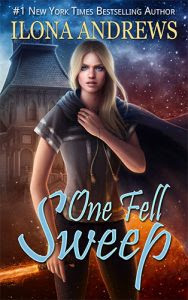 I devoured the first book then dove straight into the second, Sweep in Peace (NYLA, 2015). Characters that seem to be one-offs turn up again and often in very important ways. It was stellar how Andrews managed to take the events of one book and tie them into new important events in the second and even third books! (One Fell Sweep, NYLA, 2017) The alliances created between Dina, her Inn, and the guests become important ties that influence galactic events.  Strength and friendships are steadily built over time.  Heartaches are revealed and (at least partially) healed.

I'm extremely excited to see where Andrews takes these characters as the series continues!  Recommended to readers who enjoy urban fantasy, high fantasy, strong female characters, and science fiction.
Posted by Jessica at 12:26 PM No comments: