So, last year I gushed over the first book in a fabulous middle grade steampunk adventure series, The Expeditioners and the Treasure of Drowned Man's Canyon. I was SUPER excited to get a signed preview copy of the next book at the 2014 Book Expo in New York.  I was even MORE excited to meet author, S. S. Taylor, and illustrator, Katherine Roy. 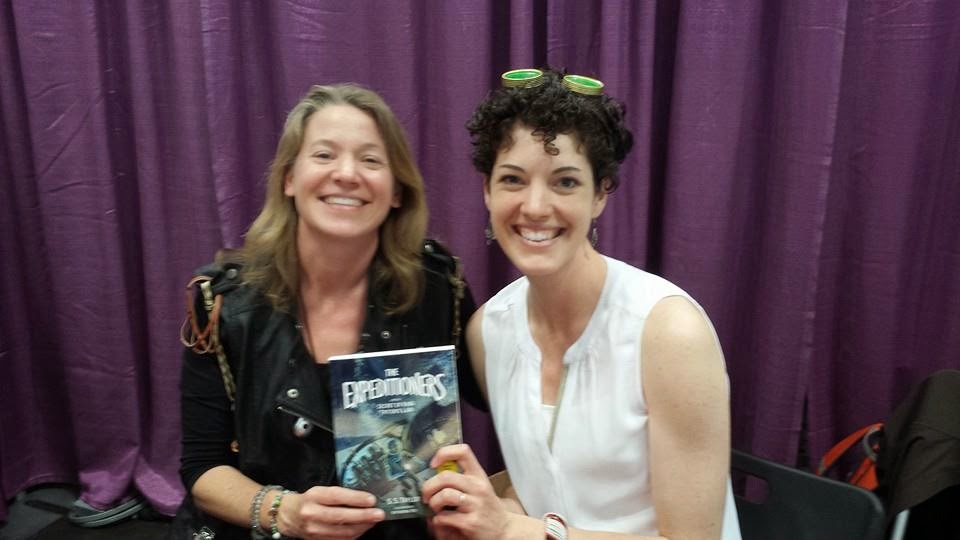 They were both super sweet and I couldn't express to them how excited I was for the second book! Today, I get to share with you an interview that I did with Sarah [S. S.] to see if I can't get you almost as excited about the upcoming second book, The Expeditioners and the Secret of King Triton's Lair, which comes out September 23rd!

1. How long did it take you, from first spark of idea to final proofs to write your newest book, The Expeditioners and the Secret of King Triton's Lair?

It’s hard to say with the second book in a series because on some level, I was thinking about this book the whole time I was writing The Expeditioners and the Treasure of Drowned Man’s Canyon. But I suppose that it was about a year and a bit from the time I started working on it in earnest to those final page proofs. I did a lot of revision on this book. Structure and character development seemed especially important in a second series book and I really wanted to get it right. 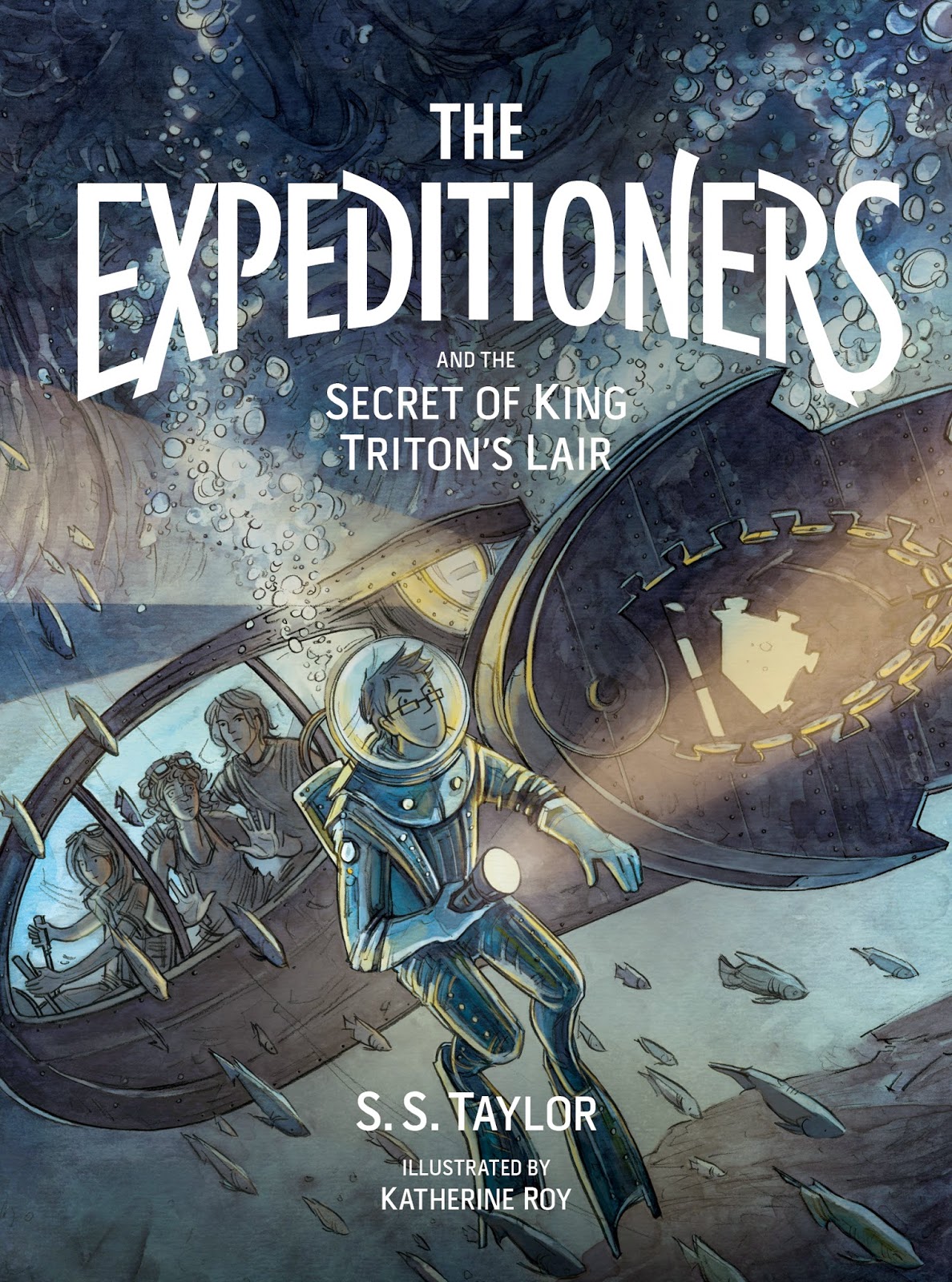 2. I love the steampunk aspect of this adventure series, did you purposely set out to create that vibe in the books or did it just naturally evolve that way?

I knew I wanted to set this series in a world where archaic technologies were the norm and I could play with some of the visual trappings of Steampunk, but I didn’t necessarily set out to write a book within the genre. As I worked on it and learned more about the world I was creating, it sort of evolved into something that looked more Steampunky every day. I’ve really had fun with that part of it.

3. If you could write a book under a pseudonym that no one would ever connect to you, are there any genres you would love to secretly explore?

I don’t know that I would even need to use a pseudonym, but I’m kind of obsessed with spy fiction. I’d love to write a spy novel. The third Expeditioners novel actually has a little bit of espionage going on, so I’m getting to do as part of the series and I don’t even have to hide my identity!

4. If you could cross one thing off your bucket list tomorrow, what would it be?

I couldn’t cross it off in one day, but one of my personal bucket list items is hiking the Appalachian Trail.

5. Quick picks list:
Favorite vacation destination – I went to graduate school and lived in Ireland for a couple of years in my twenties and boy do I love that country. I never get tired of visiting there and discovering new things about Irish history and culture.
Favorite childhood book – I loved The Secret Garden. I went back to it over and over again.
Favorite writing snack food – Chocolate. Dark. That is all.
Favorite clothing item – I have a tweed walking cape that I adore, though I’m trying to figure out how to pull it off on a daily basis. It still gets me some strange looks at school pick-up or the supermarket, but when I wear it I feel adventurous and dramatic.

Thank you SO much, Sarah, for stopping by the blog and answering my questions.

Sarah Stewart Taylor has been fascinated by maps ever since the age of 10, when she discovered an error on a map of her neighborhood and wondered if it was really a mistake. She has a strong interest in books of all kinds, expeditions, old libraries, mysterious situations, long-hidden secrets, missing explorers, and traveling to known and unknown places. She lives in Vermont.

This was absolutely one of the top five books that I HAD to get at BEA this year. I cannot wait to share my review with you in a couple of weeks.  Stay tuned and in the meantime, check out book one!!!!!
Posted by Jessica at 3:33 PM