Since I've started doing these storytimes, I've found it immensely helpful to read the "set-up" from other storytimes on other blogs to get ideas...so I want to "pay it forward." I'm going to try to put up as many storytimes as I can so that maybe someone else will get ideas for their storytimes!

Let me know if you have any format suggestions, etc!!

This was the Pajama Storytime I did in February. 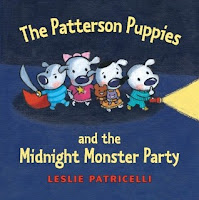 Action Song:  Puppy Care ("Skip to my Lou")
Walk, walk, walk your puppy,
(repeat twice)
Take him for a walk.
Brush, brush, brush your puppy
....til' he's neat and clean.
Feed, feed, feed your puppy
...he sure likes to eat!

Flannelboard: "The Little Dog Who Forgot How to Bark" 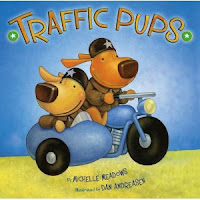 Read:
Nobody's Diggier Than a Dog by Susan Campbell Bartoletti 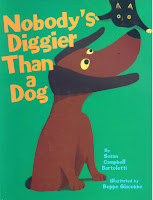 The kids had so much fun trying to fold the middle piece to make their accordian bellies and then coloring and gluing their dogs.  :)